I currently have one such person….this colleague. I get annoyed every time he approaches to attempt a conversation. I know I have to talk to him as I am the designer and it is my duty to explain the design to him….but it is so frustrating trying to talk to the guy! For starters I can’t understand a word he says. He just mumbles something. I have no issues with the fact that he and I do not speak the same language and he has trouble communicating in English, but at-least you can attempt to speak louder so I can try to decipher what you are trying to say. To make matters worse, his body odor is unbearable. I don’t know if it is a lack of personal hygiene, or that he sweats a lot or does not wash the only three t-shirts he owns (yes he has only three t-shirts, which he wears alternately. They are all exactly the same, polo neck with short sleeves and fits like he shopped from the kids section. We know he has three cause just by the color) or if it is some weird oil he uses on his hair. But he smells. And the stench is not something I like dealing with early in the morning when I’m all cranky. I am forced to explain things to this guy and be generally nice while mentally bitch slapping him (please excuse my language).

How do you deal with such people? Do we have to pretend to like them just cause we have to deal with them on a (possibly) daily basis? Or is alright to be rude? That would be an honest response rather than pretending to be nice when all you want to do is scream you head off at them or worse. I guess for now I’ll have to continue being nice to my annoying guy just so I am professional. How would you deal with a person you found annoying? 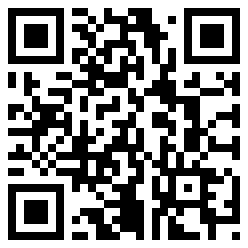